It’s been a trying couple of years for Australia’s top kiteboarder. Ewan Jaspan was travelling the world and climbing the ranks of the World Kite Tour (formerly Professional Kiteboard Riders Association & Virgin World Kite Tour) before shoulder surgery and a run of bad luck requiring ankle surgery also saw him sidelined for a couple of years.

During this time on the sidelines Ewan’s passion and commitment to get back out there and follow his dreams saw him hitting the gym daily, Standup Paddleboarding to work on both core strength and balance as well as plenty of time on the bike to strengthen his leg without too much impact.

All this time, commitment and extra strength Ewan now brings to his kiteboarding was clearly worth it. He wowed the KR Tour Crew in Aitutaki last year where he absolutely blasted the cobwebs off in his return to kiteboarding in what is undoubtedly one of the best flatwater kiting locations in the world (CLICK HERE for Aitutaki Kite Trip info). 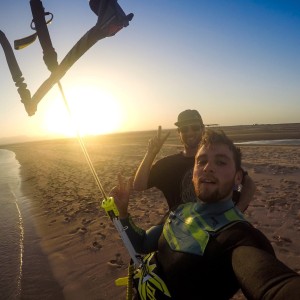 Since Ewan’s return in Aitutaki he has been blowing everyone away with the variations, consistency and style that he’s throwing down with. It’s been awesome to watch and after all the hard work Ewan’s been putting in behind the scenes we couldn’t be happier to see.

Ewan’s currently on the road and has just finished judging the World Kite Tour stop in El Gouna, Egypt. We tore him away from the water for a few brief seconds to find out how’s his return to the water has been, what’s changed, and how Australia rates as a kiting nation right now.

[KR] So you’ve just come off some great wins in your return to competition, taking out the National Kitesurfing League State event and National Australian/NZ Finals as well as the Victorian State Titles. How does it feel to be back on the water competing and what’s inspired your great comeback? 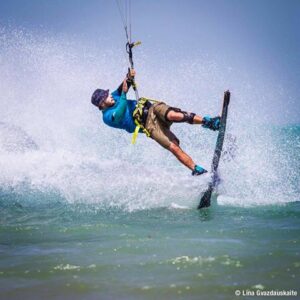 [EJ] Hey Chris! Yea pretty amped with my recent results and level of riding. It’s just great to be able to be back doing what I love most and doing well again. I think just the fact that I have been off the water for so long, is what inspired me to really push my riding. I’ve also been watching a lot of other board sports and taking bits and pieces from what I like in other sports, to try and make my riding a bit different from everyone elses.

[KR] Do you feel your riding style has changed since coming back from injury? If so what are the main differences you’ve aimed for?
[EJ] Yea my riding has changed a lot. Before I was just aiming to do all the same tricks as the rest of the world tour, aiming to just get the tricks done in all conditions and go high. Now I feel I am a lot more focused on the execution of a trick and making it my own. It’s crazy how many different ways you can do a simple trick like a backmobe, if you learn to do it switch and regular, and with all the different grabs. I can go out for a session now and just work on my back mobes, and have way more fun than practising 5 tricks the same way. 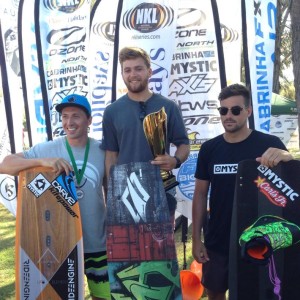 [KR] So you’ve jetted off again for a while. Where will you be for the coming months and what’s the plan?
[EJ] Not quite sure of my plans yet, see how it goes I guess! I’m in Poland at the moment. It’s nice to do a bit of touristy stuff once in a while. I’m usually just seeing lots of different beaches and riding all day, so this is a cool stop over for me! I was also pretty tired after two weeks in Egypt riding and judging, so it’s a good time to rest and get ready for the next trips! I’m going to be judging in France in two weeks, then I’ll head to Turkey to train for the Triple S. The Triple S is the biggest event of the year for me, and I just received my invite for this year’s event, better get my park riding up to scratch!
[KR] How do you feel the level of Victorian Kiteboarding stacks up against other states or places that you’ve visited in your travels? 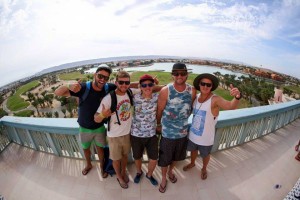 [EJ] Well, within Australia I think we have the highest level of riding. There are so many people who are doing powered tricks now and really stepping up their variation. We also had the winners of both Men and Women (Katie and myself) at the NKL finals, so I think thats a pretty strong testament to the level at home! On the whole though, I think Australian kiting seems to be in a bit of a slump, but there are a lot of good juniors from around the country who show lots of promise. Visiting other countries, such as Spain or Brazil, the level is insane, and there are many kids who can make it on the world scene!
[KR] What is it that sets those high level kiteboarding locations apart from the others?
[EJ] Well it really depends what you are after. For most, it’s perfect flat water and nice warms winds. I think Brazil is by far the best place in the world to train and progress. It’s pretty crazy how literally every day the wind blows non-stop and is hot and consistent. The lagoons there seem like they are made for kiteboarding, and from September-December, you have all the best riders to session with. This pushes the level higher and higher each day!
For me, Aitutaki is also one of my favourite places to ride, the wind may not be quite as relentless as Brazil, but it’s far more beautiful and kiting there is pretty special. Honeymoon island is kite paradise when it’s on, and there aren’t really any places in the world I would rather ride.
I think for a kite city, Melbourne has to be one of the best. We have a great scene, differing conditions all the time, and we can kite year round. It may not always be the flattest water, the most consistent wind, or the cleanest… but that’s what makes us more determined to ride when the conditions line up perfectly!