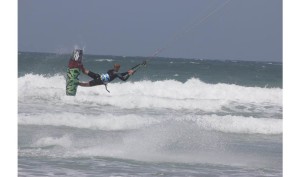 Jeremy has been pushing himself, going hard, and leading the way in Victoria for a number of years now. His “all in” attitude on the kite has seen him progress at a phenomenal rate and his super friendly personality has always made him very popular on the beach.

We’re excited that Jeremy has chosen to join Kite Republic and Naish Australia and we’re certain that combined with fellow teammates Ewan Jaspan & Katie Potter on the water pushing each other, there’s no doubts that the level of freestyle kiting in St Kilda is about to get another great bump forwards!

We asked Jeremy a little about his kiting background… here’s what he had to say!

How and why did you start kiting? Any good kiting stories you want to add? 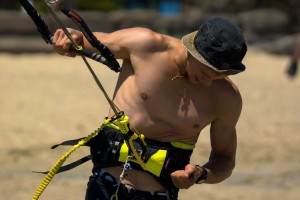 I actually saw Ewan (Jaspan) jumping the dog beach sand spit one time whilst walking my dog, and was completely amazed so decided i wanted to give it a shot and yeah was fascinated about how much height and speed you could get from a kite, so my parents agreed to let me get lessons if i did well in my exams haha.

I think the best story i will ever have kiting is one of my first ever sessions (just riding up wind) at dog beach. I was out with dad and mum on the beach and next thing i know i’m surrounded  by a pod of dolphins, it was a pretty cool experience. It’s happened a couple of times now in my time kiting.

What’s the best spot you’ve ever kited? And your favourite in Victoria?

Pretty hard not to say Safety bay in Perth, I spent a week and a bit staying with 2 world champions right near the pond so that was a pretty incredible experience. Perfect 20 knots every day pretty much. I think I rode my 11m all but 1 day so that was cool. The whole attitude over there is awesome, met heaps of cool people and just had a great time in general.

Um in Victoria id probably have to say Marlo, i’ve only had one session there but it was incredible. Such a beautiful place and awesome kiting conditions. 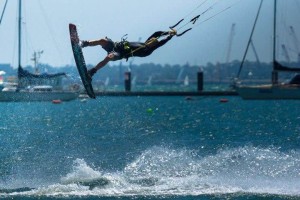 What’s your favourite trick? Why?

Backmobe for sure! They just feel so smooth, and you can throw them in light or strong conditions. I’ve just started to try and get a grabbed one so if that works out I’d say thats going to be my favourite trick.
Do you have a trick that took you forever to learn or that’s been beating you up a bit trying to learn it?

Describe what the trick is (in average punter terminology as well)

Haha i’ve got multiple of those!! I’d say I’ve probably had some of the worst crashes going for a KGB and its taking me a while to get consistently, have landed a couple though. A KGB is an unhooked backroll with a backside 360, you can get into some pretty funky positions trying to rotate back around the opposite way. You’ve got to be pretty powered as well so if you miss the bar on the pass you sort of just fall out of the air and land pretty hard, mostly on your back haha.

What is it about Kite Republic and Naish Kiteboarding that you’re most excited about in this new move? 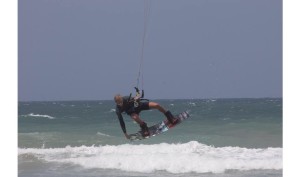 Definitely the support and gear! Its pretty cool to be able to work with a shop that has a big support crew and are more than happy to help you get to where you want to be. With the backing of Naish Australia hopefully i can get to the level that i want to be at. And I mean its pretty hard to beat the torch for a freestyle/big loop kite, just pops like no tomorrow and when you’re going for the pass it just feels easy! So definitely looking forward to what i can achieve with Kite Republic and Naish, and hopefully I’ll be able to release a short movie soon so keep a look out for that, there’s already some pretty interesting ideas been thrown around for that haha.

Keep an out for Jeremy on the water and we’ll be aiming to get some freestyle clinics with Jeremy and the team firing up very soon!