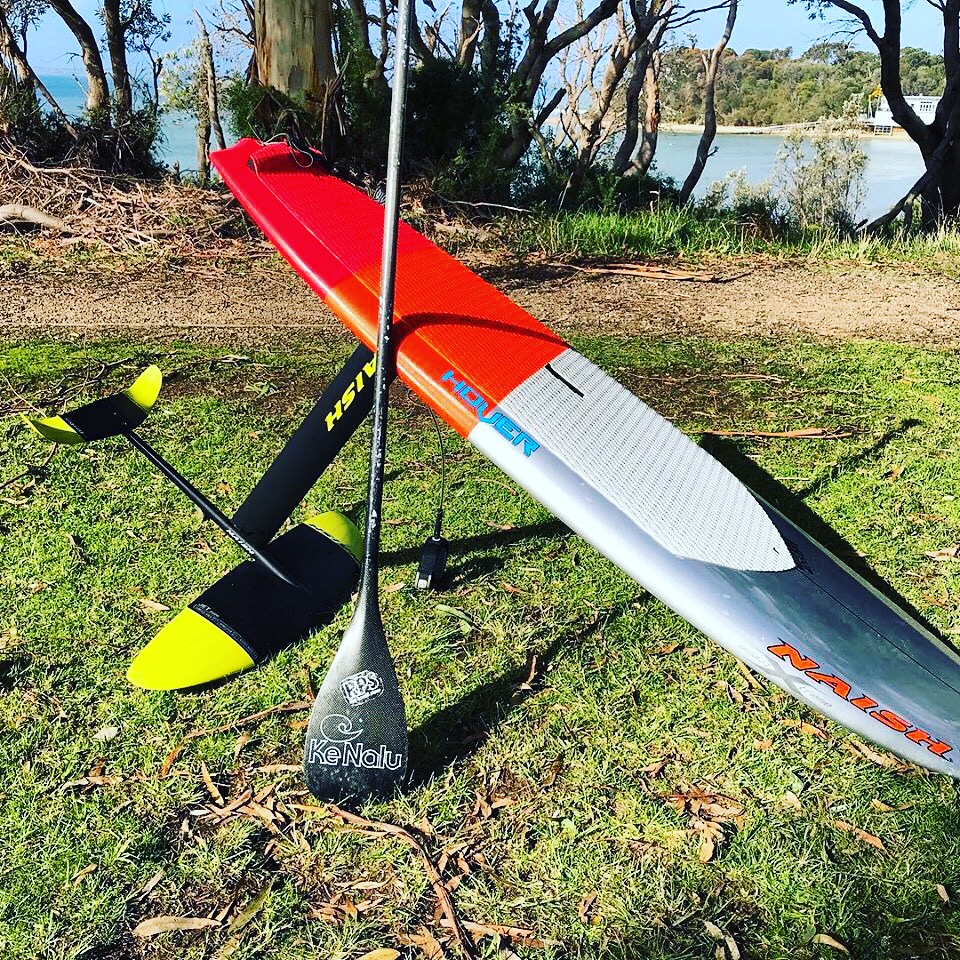 This season sees an all-new range from Naish.

Being one of the first people to Sup Foil in Victoria has allowed me to see the progression in both foils and boards during its relatively short span.

It’s barely been 2 ½ years since I took delivery of one of the first Naish Malolo Foils. Resplendent in it’s “Hit Man” styled carry case, it was one of the most exciting pieces of watersports equipment I’d ever bought. The 2017 &amp; 2018 went low rent, resorting to a cardboard box “carry case” which unfortunately didn’t do the brand/product many favours. If crew are spending north of $1600, then they’re entitled to a bit of bling.

Fast forward to the new line of Jet Foils and what you’re presented with is a superbly packaged foil kit in a case which has smart dividers and pockets for all of the parts as well as tools &amp; hardware.

Assembling the Foil is extremely easy and straight forward, the quality of the hardware and tools supplied are above average. The machining, fit and finish is excellent which greatly assists when assembling, not so with a few other brands of foils which I’ve put together and found the angles and tolerances a little out of whack causing bolts to either stick or potentially cross thread.

The new Jet Wing is a more high aspect design than I’ve ridden in the past and at 2000 cm sq, it’s a lot of wing for my 67 kg frame. The conditions were ideal for foiling, hip to occasion shoulder-high waves, quite full, lacking power, light offshore wind, small crowd, and sun!

My first wave I took off hurriedly on my backhand, didn’t settle the foil and quickly got my arse handed to me, such was the lift! Time to concentrate. Once I was into the swing of things, I just found myself being more and more impressed with what this big wing [and sweet new tail-piece] can offer.

Early take-offs with just a moderate amount of pumping was all that was required. As soon as the wing is locked on is when you can really feel just how smooth the ride is. There’s an amazing, confidence-inspiring amount of flight control, with none of that nervous twitch some other foils give. What impressed the hell out of me was the length and ease of glide with absolutely zero pumping. The higher aspect ratio and finer leading edge allowing for greater speed through its efficiency.

The 75cm mast felt rock solid with only the barest hint of any torsional twist. Mind you, I actually like that, as it helps create a degree of underwater feel, rather than a no-compromise super rigid, direct feel. [that’s why surfers like flex in their surfboards]. Its additional length over the 65cm mast provides a higher fulcrum point for easier pumping without the fear of splashdown.

Turning a foil with a 1000 mm wingspan does require you to recalibrate pressure, distance and time, but fed into it in the right amounts produces beautifully long, drawn-out turns and allows you time to hunt out the bumps to connect for those extra long glides.

So my first session on the Jet Foil proved the advances made during the past 3 seasons have been significant. This setup will capture the novice to advanced foiler looking for ultimate versatility across surf, sup, DW, and Wingsurf. It’s that complete.

If you’re either looking to update or purchase your first setup, then this new Naish range deserves to be high on your list!