Does the thought of 7 or 8 hours of straight kiteboarding make you tired? Not these guys… in fact a couple of them didn’t even come in and take advantage of the BBQ lunch!

I’m sure everyone slept pretty well that night. Arriving at just after 9am it was already on, while by the time we hit lunch at 1’ish it was well and truly firing.

There were some giant leaps forwards, not only in the newer riders, but the seasoned campaigners as well. We were so stoked to see everyone on fire and to be a part of such an awesome atmosphere for the day, thankyou!

Special mentioned have to go out to Liam, who didn’t even 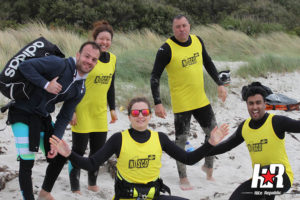 stop for lunch, and Lukas, who we couldn’t get off the water at the end of the day. Cheryl, Mike, Ray, Arturo, Dany and Sarah completely blew the cobwebs out, while Kieran should get an award for managing to leave his kite at home. Thank god for KR Demo kites hey 😉

Lison could barely be removed from the water and was nailing upwind without a second thought, while Johnny committed the ultimate sin and decided to take captain Nick out mid raley… surely it was planned 😉 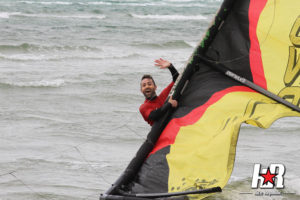 Vicky was nailing her backrolls while she, Manuel and Andrew improved heaps in jump height and technique through the day. Nolwen cleared out the cobwebs and had some great rides while Tiffany’s smile couldn’t be wiped from her face while showing off her awesome riding style.

Phil’s spray bombs were deadly, while Craig and Luke were were an awesome help during the day. Nick, Thor & Carlos had a ball and got some great ride time in during the end of the day as well.

Thanks everyone for getting involved and making it such an epic day shared on the water, you guys were awesome!