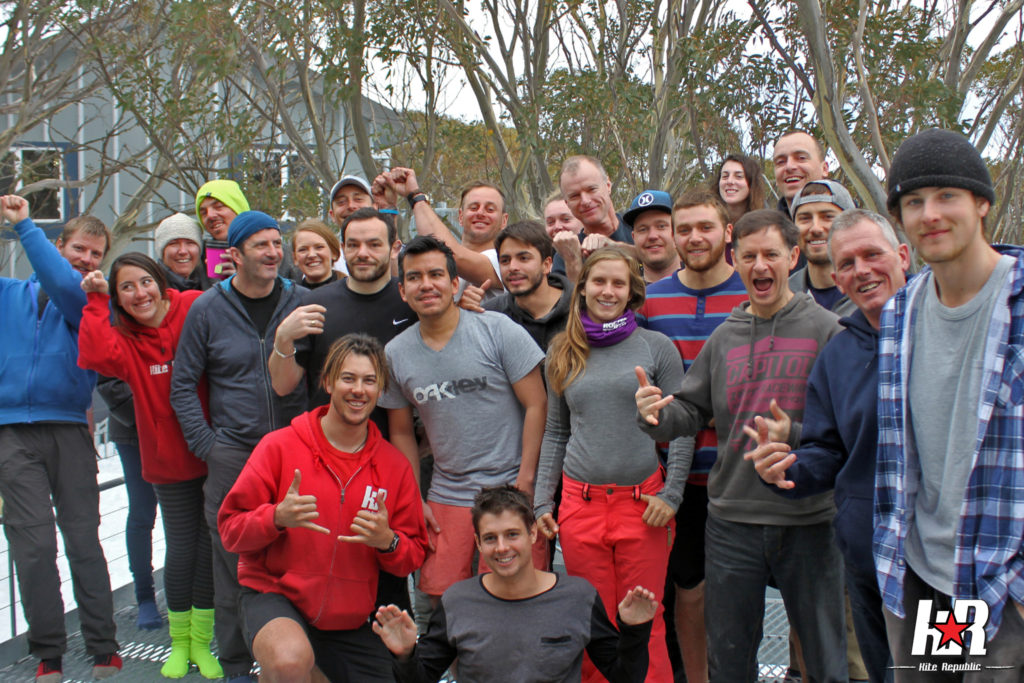 Almost everyone got the Friday off work and got up super early to make the most of a sunny warm day with light winds steadily building throughout the day.  A few took advantage of the glorious conditions on-piste gravity riding, while the rest got in a cheeky pre-tour kite session.  With unbelievable snow cover for September the snowkiters were spoilt with terrain options and natural snow features to play on.  By this stage the Australian snow forecasters were also predicting that ‘The Blizzard of Oz 3.0’ was due to commence on Sunday, and that prior to the storm we would have no shortage of wind.

As the afternoon neared an end Jalanga Lodge started buzzing with excitement for Saturdays forecast, and the games and partying began. Nàgen and Looping Louie were a hit before pizza and beers at the General, and most calling it a night at a sensible time knowing it was going to be worth being awake early for the Saturday morning snowkiting clinic. 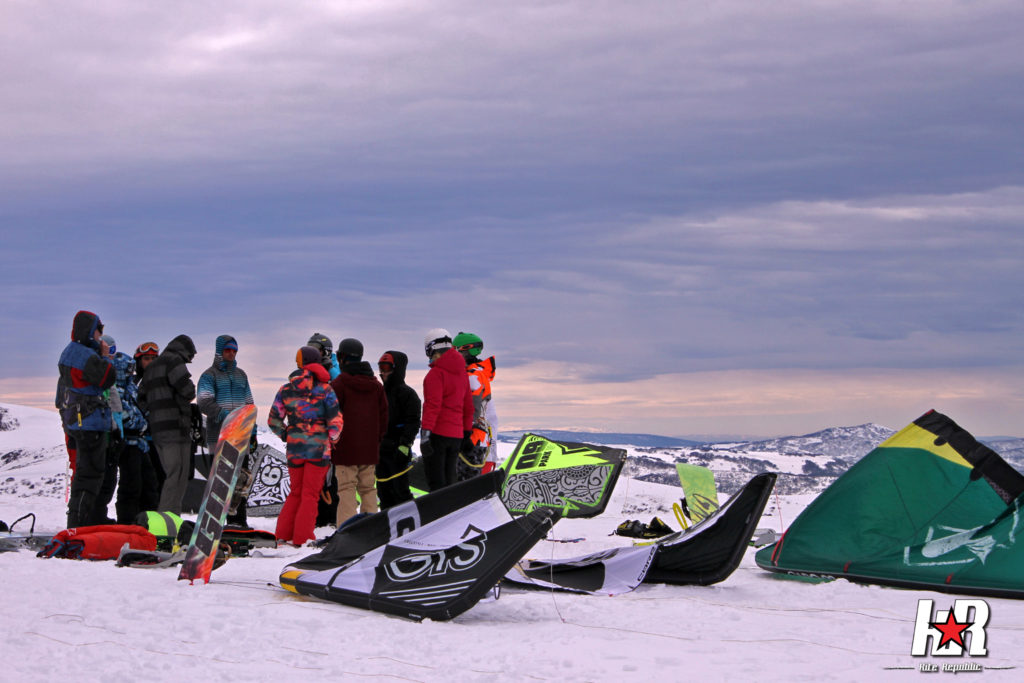 Saturday morning the trees waved in the wind as breakfast was scoffed down, and the last of the tour members arrived for the briefing.  Overcast with spurts of sunshine and 15kts building to 25kts ahead of snow around 2pm, on a snow base that was set to soften early morning.  It doesnt get much better than this, and everyone knew it, all carpooling up to the kite spot by 9am.  This year the groups were split into 3 groups, the already competent snowkiters getting pushed to the next level by Ewan, the fresh skiers getting some kite-ski specific tips from Simo, and the fresh snowboarders getting looked after by Nick and Katie.  The photos then say a lot more than words can describe, and special mention must be made to those that got up and riding on the snow for the first time, those that tried their first jumps on snow, and those that kept such a high level of energy with intense snow fights and other antics! 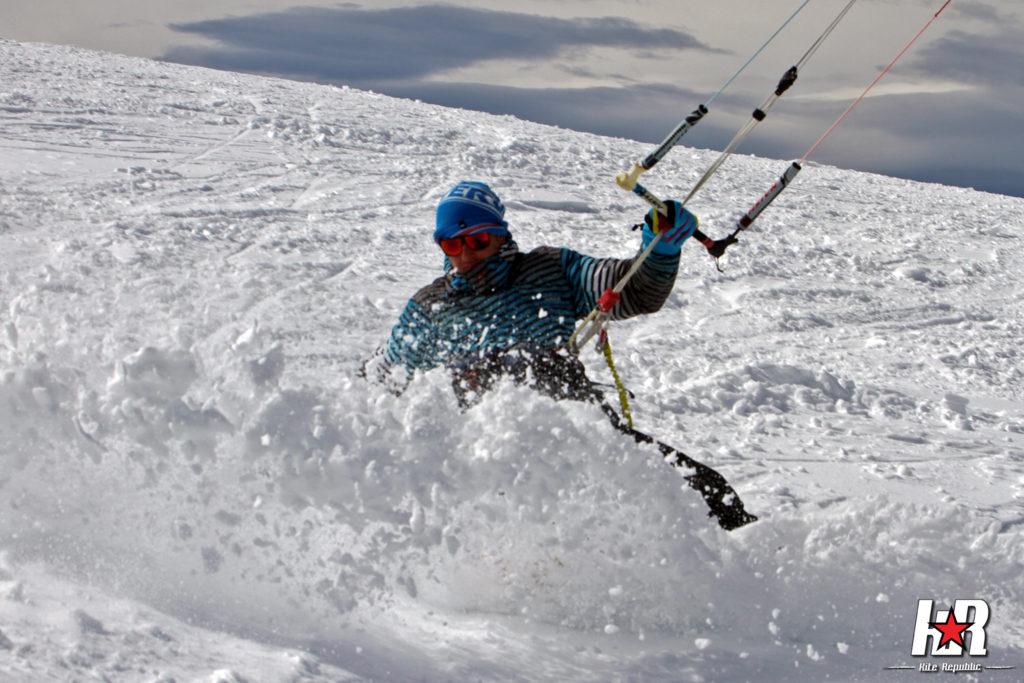 Most were surprised by how much energy is used snowkiting, and were all happy to pack up the kites at 2pm ahead of the snowstorm that brought 35kt gusts ahead of it (and people being surprised that for the first in their life they felt overpowered on a 4m kite!).  As there was still hours of daylight left some got back out on skis and boards for some gravity riding, while everyone else headed back to Jalanga to start partying and reminiscing on an epic day on the hill.  Nick rounded up his crew of chefs and cooked up some yummy dinner, which was much needed to get the energy levels back up for a night of shenanigans.  Plenty of beverages and laughs were had, interesting variations added to classic games (including a toe version of Looping Louie and a pants down consequence for losing Nàgen….), guitar songs and sing alongs, eventually giving way to exhausted bodies slowly dropping off for the night. 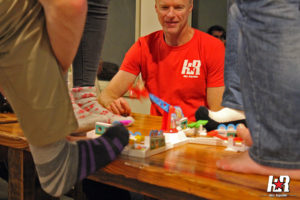 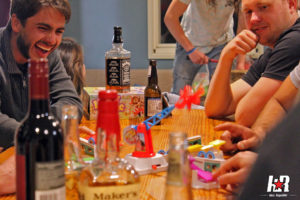 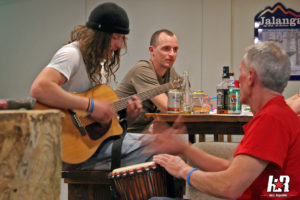 Overnight gusts up to 56kts (104kph) were recording on the ridge tops where we had been kiting the previous day, so it was declared unsafe to head back up there for Sunday’s kite session.  Two options were presented to the group, one with resort conditions looking to be superb with soft snow and good visibility until ‘The Blizzard of Oz 3.0’ started to roll in after lunch, and another for the die-hard kiters to attempt to get a session at a sheltered area further down the hill.  The kiting proved to be very tricky with gusts and swirling wind making it difficult to keep kites in the sky, but that couldnt stop the crew from having fun with yet another exciting snowball fight keeping everyone entertained until the clouds thickened and the sky fell.

Thanks to everyone that made this such an incredible trip, and we are already looking forward to next year!