As far a KRew go, they don’t get much nicer than this bunch. Inverloch turned on the perfect tide for us with plenty of water and a few extra knots coming from the outgoing tide opposing the wind all afternoon. 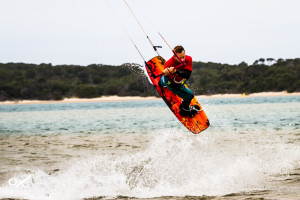 skills we were going to try for the afternoon. As the breeze started to build it was Nick and the advanced crew that were racing for the water first and made the most of the early winds while the other groups were finishing their theory time.

Once it came in it stuck around nicely. Not a firing 20-25 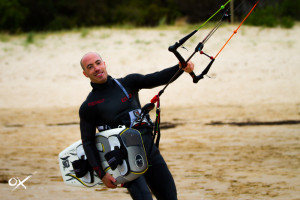 knots that we were hoping for but roughly 15 knots that with current helping became a lot of fun anyway.

Some standout performances were definitely… Ryland logging megahours on the 15m and firing along nicely, Phil bringing his own kite shop and trying everything he had out there, Tom killing it on the Flying Carpet and the advanced group making the most of the 15m North Juice, making it look easy out there when the majority of the beach was struggling a bit.

Thanks everyone that came along for a great day, looking forward to getting you out there soon!

CLICK HERE to find the next KR CLUB Adventure…